Only 3 venues deep into the Trap God Tour and Gucci is ALREADY showering down blessings of nostalgia.

The legend Gucci Mane cranked Terminal 5 out in New York, NY the hell UP yesterday and the overall visuals covering the tour make it look just as promising as everyone would have hoped. Gucci Mane, ever since being released from prison during May of last year, has shown absolutely no signs of letting up. From new albums to new books, Gucci’s reformed branding is glo’n up in ways that vastly transcend the title of a “rapper”. Check out his tour schedule below and a few tweets (via Power 105.1’s Twitter account) showcasing some of the Terminal 5 show footage! 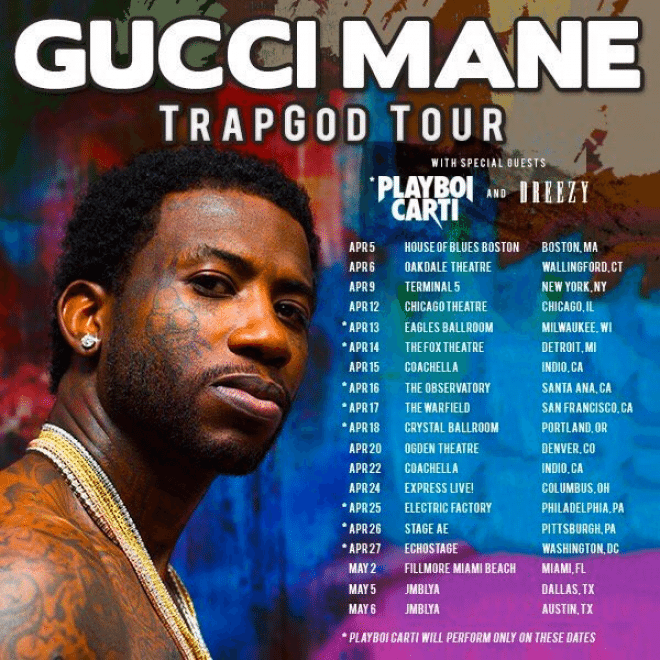 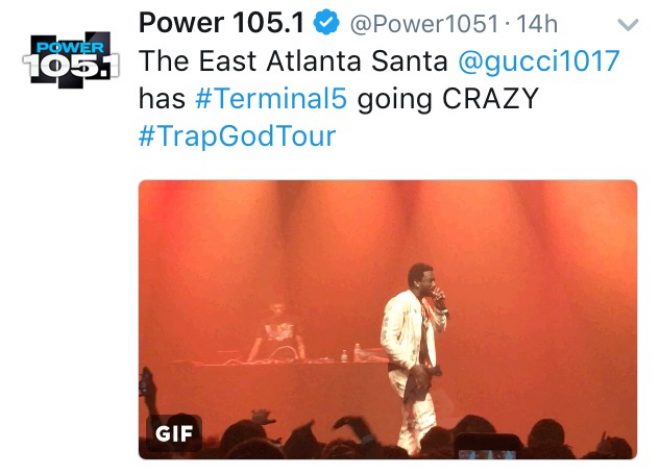 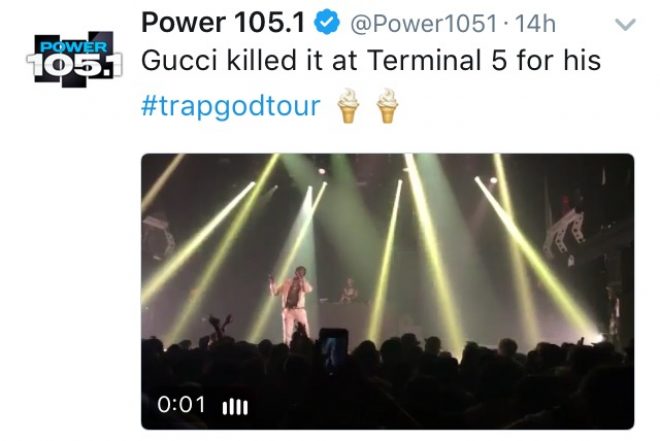