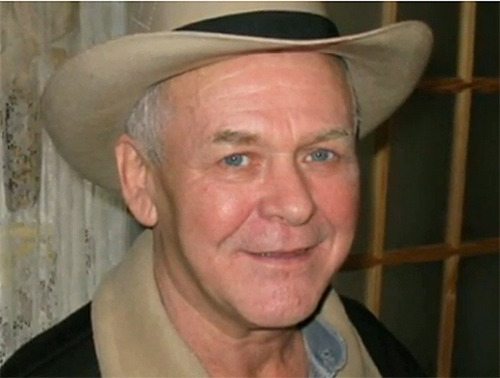 In the interest of allowing the common man to produce the highest quality and most medicinal oils possible, I have discovered a simple method that will enable just about everyone to produce oils with even more effective medicinal values than I have showed the public in the past. All you actually have to do is add a few more steps to the process we have already showed you, but after you produce oil in this manner I think you will agree that it does make a tremendous difference.

If you have high quality medicinal bud to work with, you should be able to manufacture oils with very high cannabinoid levels, simply by using a good solvent and a rice cooker. Oils that I produced in this manner usually showed THC levels of 95% or more along with varying levels of other cannabinoids and plant waxes. The healing power of oils such as this are what has finally given the cannabis hemp plant the medical recognition it deserves, but still I have found that the healing power of this substance can be taken to a whole new level without much difficulty.

All you have to do is take the oil and put it in a heating unit that can catch the cannabinoids as they vaporize off and this will produce oils of higher quality and purity. Although an ordinary vaporizer can accomplish this task, in truth they are not designed properly to fulfill this role, since it would take so long to produce any amount of medication and most vaporizers which are available tend to leak.

To produce oil on a larger scale one would require a much larger vaporizing unit which was airtight and it would also necessitate the use of a much larger collection dome that is set on an angle, so that once the cannabinoids started to collect they would begin to run down to the dome’s lowest point, where they could be collected from a small drain hole in the form of a highly purified oil. Anyone who is mechanically inclined should not have too much trouble putting together a unit to perform this task, but it will take a little time and effort to assemble the device. 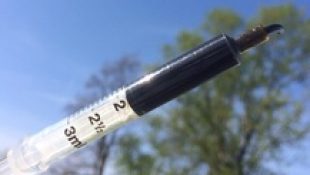 Cannabis oil
The amount of oil which can be collected after it has been vaporized depends on what cannabinoid percentage by weight that the original starting oil had. If the oil you are using had 99% cannabinoids by weight, then you should get roughly that amount back after it has been vaporized. I should also mention that this is a great way to improve the quality of lower grade oils which have a lot of impurities, so they may be used as a more powerful and effective medication. Even a starting oil with much lower cannabinoid content may produce a decent medication, if the cannabinoids are vaporized off and the impurities are left behind in the bowl. You may not get out as much as you put in, but at least you will end up with an oil that is much more medicinal than what you started out with. When it comes to healing, a medicine’s purity and effectiveness mean everything to the patient, so if you wish to produce the most medicinal oils possible, I think you should give what I am saying some serious consideration.

CBD Oil created from hemp crude is extremely medicinally active. The distillation process makes the CBD easily absorbed by the body. Most distillations are easily above 90% of the cannabinoid, Generally, most high quality full spectrum BD products are made from oil that has been distilled. Miami Rave only uses the highest quality distillate, generally testing out at 98+% CBD and cannabinoids. By using such a high quality CBD oil, we are able to create high quality CBD products such as CBD Vape carts, cbd tinctures, edibles and more.

As yet, I cannot explain why oils produced in this manner are so much more medicinally active than even the best oils which have been produced using other methods. Since the oils that I have vaporized had been decarboxylated before they even went into the vaporizer, that should mean they were already as medicinally active as possible, so one would expect to see little difference in potency after the oil has been collected from the vaporizer. When the cannabinoids are vaporized off these high quality oils, all that is left in the bowl of the vaporizer are unwanted plant waxes and other contaminants. By leaving these unwanted substances behind in the bowl, the oil that you collect will be much purer, but since these oils had few impurities before they were even put in the vaporizer, this does little to explain why the oil is now so much more potent.

Cannabinoids vaporize off the oil between 300 and 400 degrees Fahrenheit and these temperatures are much higher than those which we have been told are required to accomplish decarboxylation. Either there is something that we do not as yet understand about decarboxylation that is causing this amazing increase in potency, or all this extra heat required to vaporize the cannabinoids off may be doing something to the oil that we have never been aware of in the past.

The potentcy of THC oils has risen over time. New methods of extraction and more scientific advances into the cannabis space has made extraction a grave point of interest. Thru distillation and a process called isomerization, chemists are able to extract pure delat 8 thc from hemp. This is a revolutionary process. The reason why its so amazing is because Delta 8 THC is thought to be completely legal under the current Farm Bill. With high quality, hemp derived Delta 8 THC, people can get the THC products that they love and need without the hassles and red tapes of getting a medical license. Enjoy Delta 8 THC Vape Cartridges, THC Gummies, THC Tinctures and more.

I have been talking about this new process for the last few weeks when I do interviews and now there are some individuals, who have begun to manufacture oils in this manner and from what I have been told they were shocked at the difference in potency. From my experience, even the highest grade oils produced with the use of distilling equipment or a rice cooker cannot be compared with oils that are collected after the cannabinoids have been vaporized off. They may look somewhat the same, but I think the vaporized oils are many times stronger and indeed this should make them even more suited to treat individuals with serious conditions.

Some people simply put plant material in a vaporizer and then collect the cannabinoids in oil form from the dome of the vaporizer, after the plant material has been heated. By using the raw plant material one can produce a decent oil, but testing has shown that these oils do not equal the potency of oils produced in a rice cooker and that is the reason why I instruct people to produce the oil using my methods. If you put high quality oil in a vaporizer, the resulting oil which will be produced after the cannabinoids have vaporized off, will be much stronger than even the best oils that can be vaporized off high quality bud material. So if you want to see great results, they can be achieved simply by vaporizing the best oil possible and this will give you a medicine, which I feel is beyond compare.

No matter if governments like it or not, in the near future many of us will be producing our own medicines and since these oils are so effective for such a large range of medical problems, I expect to see this simple folk medicine manufactured everywhere, by those who do not have the money to play games with drug companies. In the future I am sure the drug companies will be trying to say that they are the only ones qualified to produce this medication, but we all know that anything these criminals are willing to provide would come at a very high price; and since just about anyone can produce this substance, I see no need for drug companies to even play a role. After we do the simple research that is required, we will be able to blend the different natural cannabinoids and produce oils specifically designed to treat different illnesses, but even though these new oils will have amazing healing abilities, oils which we ourselves can produce will always have their place in our medicine cabinets. I have never tried to patent any of the methods I have discovered, since I feel that this knowledge should be available to anyone who chooses to use it and no one has the right to hold anything back that can save someone’s life and, as a matter of fact, I think it would be a much better world if we had no such thing as patents at all.

Although those who wish to prohibit this medication’s use, like drug companies, have proven in the past that they are more than happy to poison and kill us with the trash which they have been providing, I am sure they will try to tell us that they are the only ones who can produce this medication properly. Using the new method I have just described, anyone can manufacture medications that are just as pure as anything a drug company could provide. In addition, I think medications that we can produce ourselves will be much more effective than what a drug company would offer, because unlike them we are not in this for the money and our aim is simply to heal ourselves.

There is now no sensible reason as to why we cannot produce our own medicines and when our bought and paid for governments try to prevent us from doing so, it will be just one more example of why we must rid ourselves of their corruption and once and for all, free humanity from their clutches. By now it should be more than obvious that drug companies and our governments care little or nothing about our health and well-being, so let’s give common sense and Mother Nature a chance to see what they can do to improve our overall health, and once we do so, I am sure that we will no longer accept what has gone on in the past.